Is this Infrastructure Week Different?

Last week, Mindset Partner Rick Dearborn and Mindset Principal Dana Gresham hosted a webinar on the rapidly changing infrastructure debate and various proposals moving on Capitol Hill. As former White House and Capitol Hill advisors, Rick and Dana provided their perspectives on the substance of the proposals and where common ground could be found between Democrats and Republicans. Here are a few important takeaways:

This time could be different. Dana noted for the audience that President Biden, Speaker Pelosi, and Leader Schumer have been longtime advocates of a major infrastructure spending bill and see that this could be a once in a generation opportunity. With the midterms just around the corner, there is a small window of opportunity to pass meaningful legislation.

Democrats have a broad definition of infrastructure. It includes priorities like home and community-based healthcare, affordable housing, funds for research and development, and funds for schools and early learning facilities. 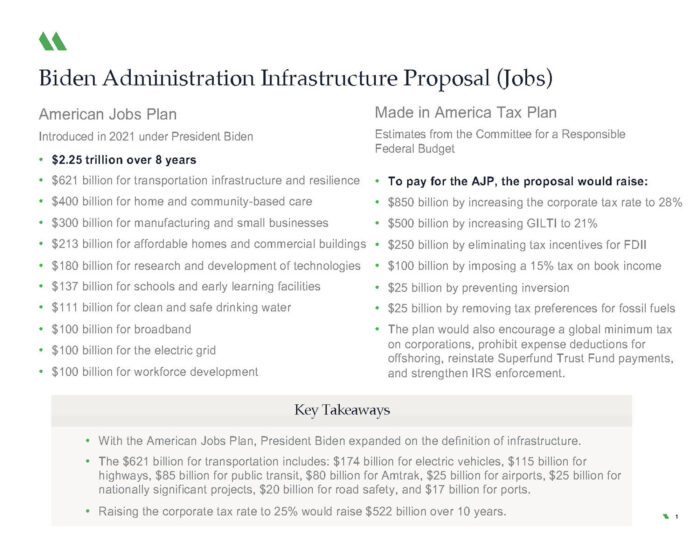 For Republicans, it’s about roads and bridges. Rick explains that Republicans may be open to spending in some additional areas like hardening electric and water infrastructure, electrical vehicles, and expanding broadband access, but for the most part they will be sticking to traditional infrastructure. 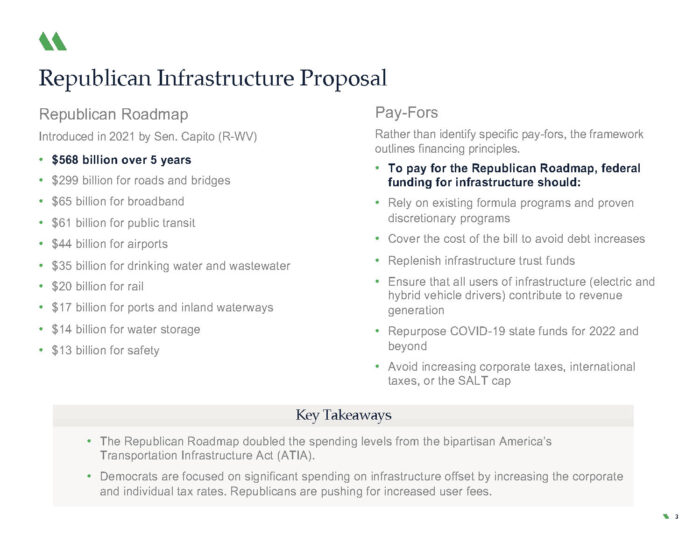 There are a few consensus issues where Democrats and Republicans could work together. These areas include broadband, roads, bridges, airports, ports, drinking water and resilience. But anything more than $1 trillion will probably be too much for Republicans, and anything significantly less could be difficult for Democrats to rally behind. Rick and Dana say to watch the moderate group of lawmakers that will decide if there’s genuine compromise, a Democratic bill through reconciliation, or no infrastructure package at all. 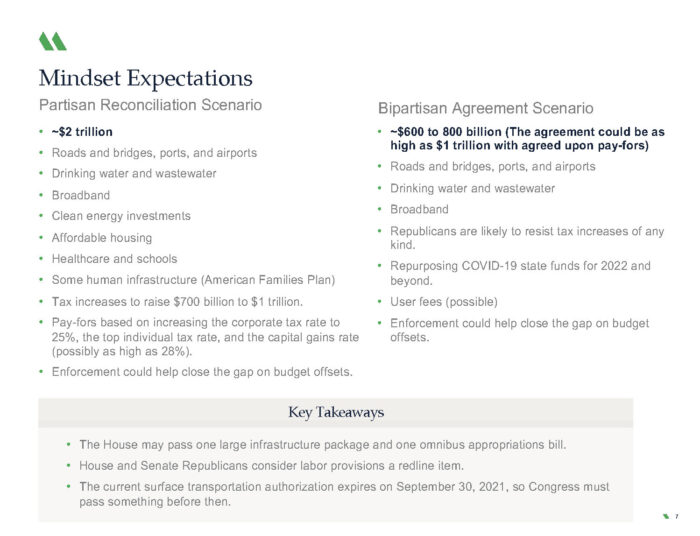 Related readings to expand your mindset.

Read
mindset in the news

Mindset in the News

Looking for a new way to navigate DC?
That’s what we’re here for.